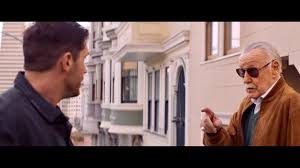 Stan lee affected many different lives all around the world. He co-created Spider-Man, the Hulk, Doctor Strange, the Fantastic Four, Iron Man, Daredevil, Thor, the X-Men, and many other fictional characters, introducing a thoroughly shared universe into superhero comic books. He also had many cameos in many of the marvel movies and thats another reason he was famous and easily recognizable. He was also in many peoples words a good person.

“He made the heroes that made me happy and he was a great person also.” Julio Barcenas (Sophomore)

In his life lee did a lot of things that helped a lot of people. Like for example in an interview Robert Downy Junior said that “if it wasn’t for the chance Stan gave me I would probably be back in prison.”

He had cameo appearances in many Marvel films and TV shows. A few of these appearances sometimes reference Lee’s involvement in the creation of certain characters. As Marvel’s editor and more, Lee not only introduced new characters to the world he also changed the way that comic books came together. He created a collaborative workflow between writers and artists and added a page to comics that credited everyone involved in their projects.