A Brief Inquiry Into Online Relationships 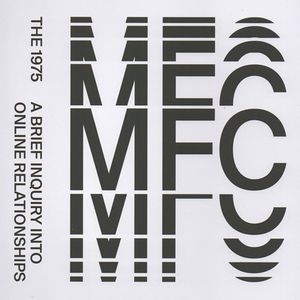 In 2002 the British pop-rock band, The 1975,  started off in a garage in Manchester, England making covers of punk songs and in local areas. Their band took off in 2012 when they released their first EP “Facedown” with the indie label Dirty Hits and their first full-length album “The 1975”  with Mike Crossey; it reached #12 on the U.S. Billboard Hot Rock Songs chart and 28 on Billboard 200.

in 2016 the band came out with their second album “I Love It When You Sleep, For You Are So Beautiful Yet So Unaware Of It” introducing the fans to a different sound; 80’s pop and R&B. Going from a band that hundreds of people have listened to a band that thousands, possibly millions, have listened to was a big step for the boys. ”

“We were kind of fearful of certain things, and we made the decision that the only thing that was going to remedy that was to make a record that was just about the truth and not about what we thought we should be saying. Because of that, I just decided early on that that was the name of the album for no other reason besides that I really liked it” Matty said in a 2016 NME  interview.

The leading man of it all, Matthew “Matty” Healy came out in an interview to explain the new sound. Little did the fans know the sound would change even more.

Now, in 2018, the third “era” and album “A Brief Inquiry Into Online Relationships” has come out after the long wait. The album is full of songs that talk about everything from political issues to Matty’s recovery from addiction. In the 2017 year, Matty had spent a year in a rehab center after relapsing from an on and off addiction problem. In multiple interviews, Matty talks about his past addiction and how it has changed him now.

“I don’t want anyone to think that I was some countercultural hero who had done a bit of smack. That idea repulsed me, as did the idea of being like some kind of Pete Doherty kind of caricature. It’s nothing like that. I didn’t take heroin to be cool or edgy, it’s more that I have an addictive personality…” Matty said in a 2018 Entertainment Music News interview.

Matty and the rest of the band believe that music should be written from experience and issues going on today, which is why his past always plays a big role in every song/album.

“I have perspective now, and I wouldn’t have had that when I was in that place [addiction]. And I sing about it on the new album, too” Matty said in a 2018 Entertainment Music News interview.