Football Players take on the Pandemic. 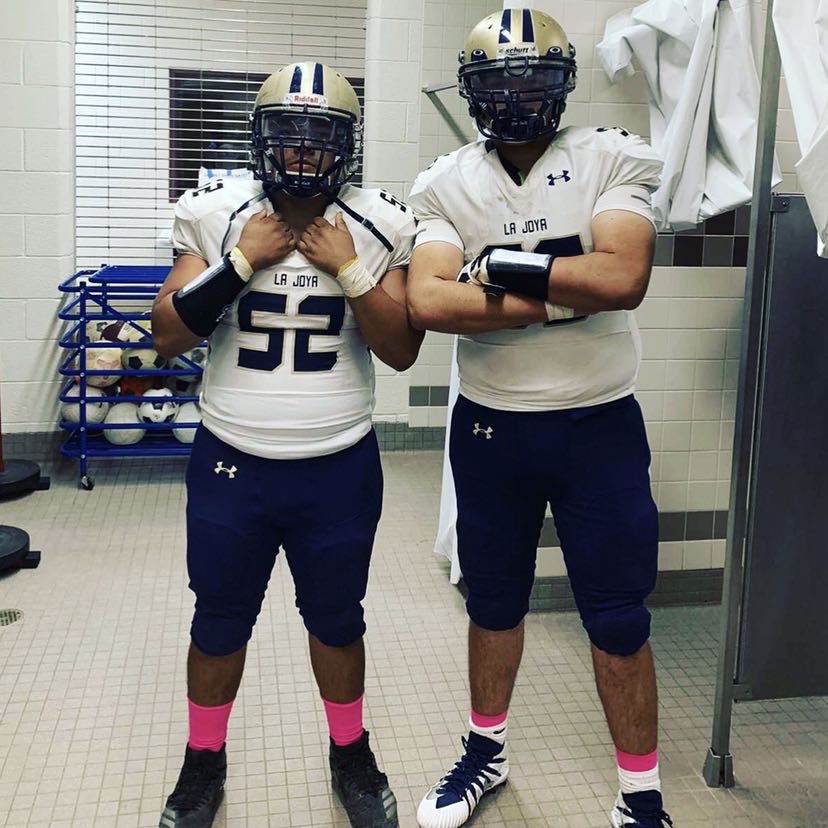 Bryan and Angel after the victory over Shadow Ridge (2019 season)

Avondale – La Joya football players were the region champions last year, absolutely crushing it all the way up to state. After feeling amazing from the great last year the Lobos were getting ready to go into another successful season. Those plans changed drastically and immediately following with this pandemic. The football team lost most of its varsity team and the already varsity players wanted to be able to train the student-athletes that want to step up to varsity.

The players were extremely disappointed hearing there would be no regular season.

“I was very disappointed. We were already working throughout the workouts and stuff. we just wanted to continue that. It was our first day of practice and we got the call later that day everything was canceled.” said Angel Reed.

Angel, one of the captains, was upset but didn’t let that stop him from working and grinding while not being able to practice.  The entire team however has been grinding some with at-home workout stations other using what they have and going on runs.

The at-home workouts are no replacement for football practice however because not being able to condition and go to a max weight is not the same as going for a run and doing push-ups until an athlete is tired.

and the other captains that commented about the protest and practice agree.

The captains of this year’s football team plan on enforcing safety with required masks, hand sanitizer, disinfectant spray for equipment, and social distancing when people need to take off their masks. They all agreed that staying safe was extremely important along with practice.

Deandre Robinson aka Dayday Robinson said it best, “showing social distancing and making sure everyone is clean and sanitized when people get on the field.” however Dayday also gave the great point by saying, “Look I don’t know how you expect us to win if we cant play.”

All the captains are worried about the different climate of the winter season, the thin air, and people not being conditioned or ready for it.

Ethan Marks, a captain on the varsity team, said, “My biggest concern going into the possible season is being prepared and knowing your assignments. I trust in those who have experience at the varsity level, but there is going to be quite a few kids who are stepping up for the first time. It’s not easy going from JV/Freshman to Varsity ball with no preparation; the game speeds are totally different.”

Ethan explained that everyone on these teams needs to practice. They all hope that the teams can start practicing as soon as possible because they all want to keep the title “Region Champs” and chase even state champions.

The Fighting Lobos will always fight to play, to be region champions, and to be physically talented players that leave everything off the field and give football their all.