Music Keeping it Together 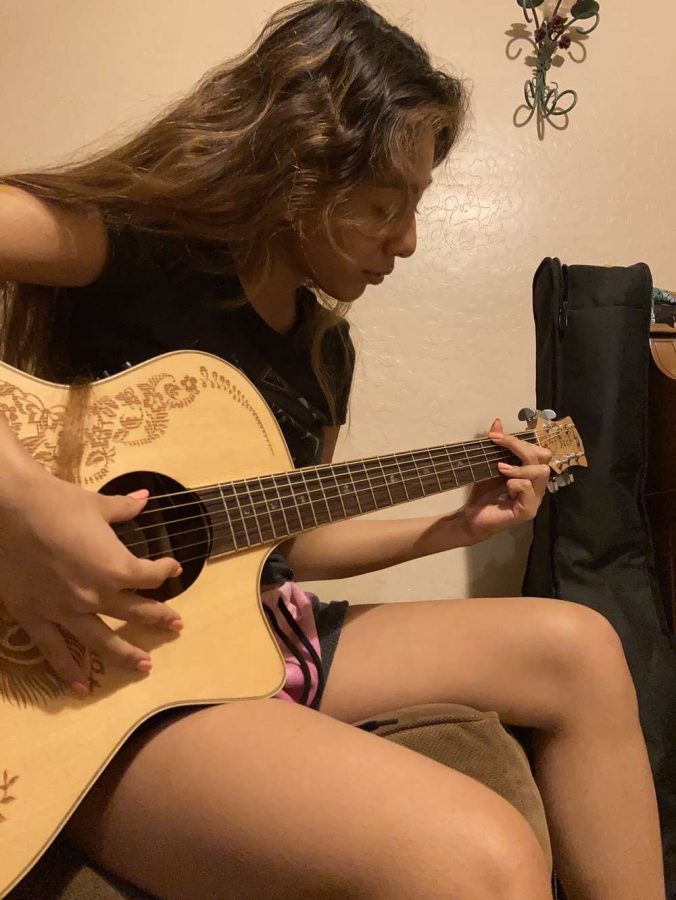 Duran playing the guitar, a part of her musical inspirations.

This week, Emily Duran, 21′, shared her absolute love and passion for music from home, she goes on about how music is a very big part of her life as she grew up and how she’s found herself connected to it.

She started off by explaining what kind of music inspires her overall, Duran said, “I would probably say rap music that talks about their beginnings. You know like the rappers who started off with nothing and when you listen to their music it’s really motivating to do better in your life in every aspect.”

Duran then goes on to tell her favorite thing about music, she said, “It’s an escape. It makes you feel better, especially when you’re going through it. Music understands you, more specific the artist who wrote it does. People fall in love with different music because they wrote a song that relates to their struggles or their successes in life. You sometimes wish you wrote certain songs because you relate so much to that song.”

lways has a song for me, it doesn’t matter what I’m feeling I always find something to comfort me.”

Finally, she closes off by sharing what developed her passion for music, Duran said, “Before I even started school and I mean like kindergarten. My brother had this cassette, and it was Michael Jackson’s ‘Thriller’ and that’s where it all began. I was four at the time.”